An ambitious ‘town and gown’ plan to restore the building where the mathematical genius George Boole lived is coming closer to fruition and will feature a visitor and interpretive centre dedicated to education and innovation in computer science and mathematics, honouring his legacy, writes Eoin English.

Universities don’t often have a chance to protect buildings associated with a famous figure. The scientific heritage of Grenville Place is pretty special and it provides University College Cork with a unique opportunity.

Looking at it now – its faded graffiti-daubed walls crumbling and derelict, its innards exposed to the elements – it’s hard to imagine, let alone appreciate, its significance to our modern digital age. But that’s about to change.

Work has begun to save, restore and reimagine 5 Grenville Place in Cork city, the former lodgings of George Boole and the birthplace of Boolean logic, as part of a major partnership project between UCC and Cork City Council. 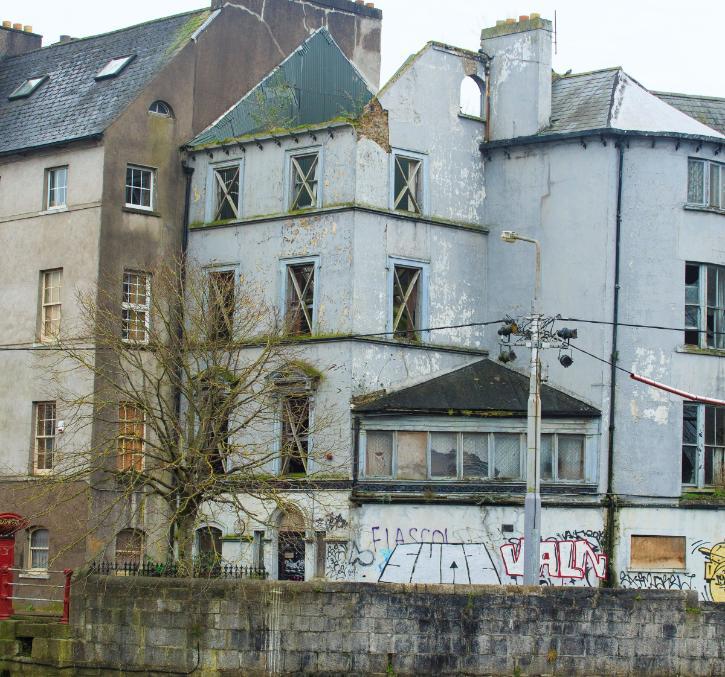 Grenville Place as it is today.

"It is a special building and we’re very lucky to have it. Universities don’t often have a chance to protect buildings associated with a famous figure."

However, the ambitious ‘town and gown’ project to save one of Ireland’s most important pieces of scientific heritage will not just be about restoring bricks and mortar. UCC says it hopes the restoration project will secure and honour Boole’s legacy.

The refurbished building will feature a visitor and interpretive centre dedicated to education and innovation in computer science and mathematics to celebrate the legacy of the man whose pioneering work while living there, quite literally, transformed our world. Part of the building will be developed as a Silicon Valley-style business accelerator hub to help mentor and foster hi-tech start-up companies.
And as part of its strategic development plan, UCC says The George Boole House of Innovation – as 5 Grenville Place will be known – will also become an integral part of the George Boole Institute it plans to establish, to focus on cutting-edge research in computer science and mathematics.

“It is a special building and we’re very lucky to have it,” says Professor Barry O’Sullivan, head of the Department of Computer Science at UCC. “Universities don’t often have a chance to protect buildings associated with a famous figure. In the US, universities would love to have something with as much historical value as Grenville Place. Its scientific heritage is pretty special and it provides us with a unique opportunity.”

Following his appointment, in 1849, to Queen’s College, Cork – now UCC – Boole lodged at 5 Grenville Place, close to UCC’s modern-day Tyndall and Distillery Fields campuses. It was here in this building overlooking the north channel of the river Lee where the man, who specialised in differential equations and algebraic logic, signed off on his famous book, The Laws of Thought in November 1854. Described as a work of genius in mathematical logic, it presented Boole’s thesis of how logic and probability underpinned thought and reasoning.

But it would be another 80 years before the significance of his genius was realised. His concepts were picked up and developed by people like Professor Claude Shannon at Massachusetts Institute of Technology (MIT) who showed how information could be encoded in the universal language of binary digits, or bits, and who suggested that once information became digital, it could be transmitted without error.

This concept, underpinned by Boole’s mathematics devised in that now derelict building in Cork, led to the development of switches and circuits, coding and computing. “The Laws of Thought is one of the most important scientific books ever written, for it established the field of symbolic logic. It started us on the road to the digital world,” says Barry.

"This is a building not just of national importance, but of global scientific importance."

UCC has always been extremely proud of Boole – the ultimate ambassador to its long tradition of independent thinking. But despite Grenville Place, the birthplace of Boolean algebra, being on the city council’s list of protected structures, it had fallen into disrepair in recent years. Title to the property was defective and attempts by the owner, who inherited it in 2004, to resolve the situation had failed. The property, declared derelict in 2009, suffered a partial collapse of internal floors in October 2010. The council undertook stabilisation works to prevent further damage and explored with UCC possible future uses for the building, but lack of funds on both sides stalled progress.

Around the same time, Barry organised a petition calling for the building to be saved, attracting thousands of signatures, including from leading academics all over the world. “We were advocating that this is a building not just of national importance, but of global scientific importance. And I think it captured the imagination of people,” he says.

But it was only when UCC designated 2015 as the year of George Boole 200 that the redevelopment of 5 Grenville Place became a reality. Planning permission will be sought soon under the Part 8 planning process for the first phase. Funding of at least €600,000 is in place from UCC for the initial phase of the project. The local authority, which has acquired the building under the Derelict Sites Act, will renovate the mainframe.

City council’s Paul Moynihan, the senior executive officer responsible for economic development, who is liaising with UCC on the Grenville Place project, said the restored building will then be handed back to UCC for the second phase - the internal kit out. “We recognise the importance of this structure to the city as it positions itself as a city of science and maths,” he says. “We also see it as having a huge dividend from an economic perspective in terms of extra visitors to the city, attracted by science tourism, and the spin-off from the accelerator unit companies.”

Talks to secure funding for the crucial second phase are on-going with philanthropic sources, and potential industry partners, in addition to academic avenues being explored. 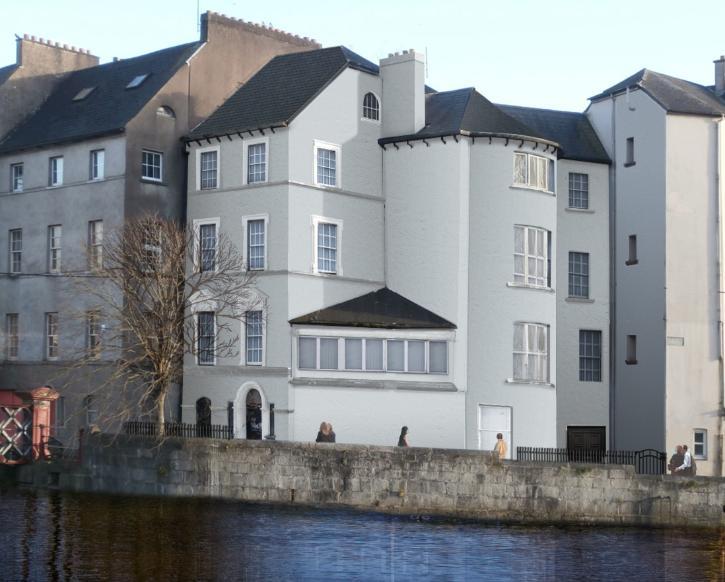 The vision for The George Boole House of Innovation.

George Boole’s work and legacy will be on show to visitors from all over the world, in the very place where he completed his work of mathematical genius, The Laws of Thought.

Boole House will also be used to actively support education and innovation in computer science and mathematics as an integral part of the George Boole Institute.

Learn more about the campaign for The Boole House of Innovation and the partnership between Cork City Council and University College Cork.