Marjorie Brennan takes a trip back in time, not only to her own UCC student days, but to the life and times of Boole, as she is shown around the campus in a dramatically entertaining way.

I sent my first ever email from the bowels of what was then known as the Science Building (now Kane) in UCC, when you had to book a computer by the hour and laptops were unheard of. The worldwide web was in its infancy and little did I know that the man who helped make it all possible had taught and studied only a few hundred yards away.

I whiled away many hours in the Boole Library and hurried down the stairs to the Boole lecture theatres countless times but knew little about the professor of mathematics for whom they were named. So I was looking forward to learning more from the “Being Boole: George Boole Tour”, a cornerstone of UCC’s George Boole 200 bicentenary celebrations.

"I tell them they could be the next George or Georgina Boole."

The tour has been devised and overseen by JP Quinn, head of UCC Visitors’ Centre, whose passion and enthusiasm for his subject is evident. “Most people who have passed through here have an awareness of the Boole name because of the library and the lecture theatres but don’t really know much outside of that. Our objective is to change that,” he says.

Although guided tours take place frequently – mainly as part of UCC’s highly successful programme for primary schools – this is the first time since the visitors’ centre opened ten years ago that set tours are taking place every day. On average 8,000 school children come through the gates of UCC every year, from all over Ireland.

“I give an introduction to every group of children that comes in about Boole and the background he came from – with no formal education and no great wealth behind him, just encouragement and determination. I tell them they could be the next George or Georgina Boole,” says JP. 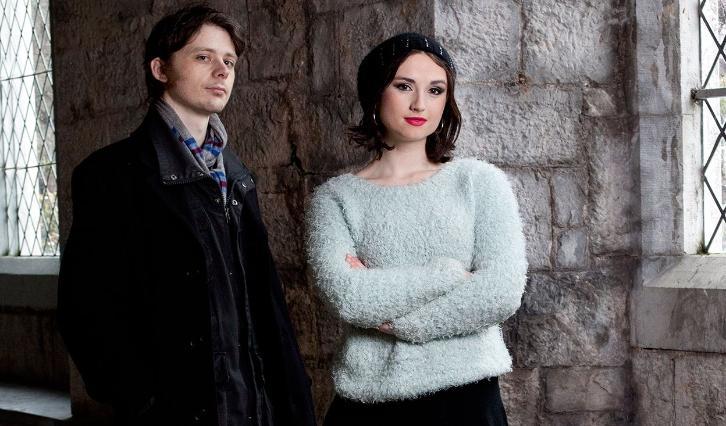 UCC students Aisling Reardon and Conor Dwyer, two of the four students who fill the roles of Queen Victoria and George Boole.

A great effort is made to ensure it is an unforgettable experience for the school children, who get to wear mini-graduation robes as part of the tour. JP says this and the Hogwartsian surroundings of the Quad and Aula Maxima make for magical memories.

For me, the tour is a hugely enlightening experience, tinged with nostalgia for the many happy days I spent on campus. After an introduction on the Quad, we head for the Aula Maxima, where the focal point is the Boole window, installed as a tribute shortly after his death. “This was done before the full implications of his work were realised, but shows that he was held in extremely high regard by his peers,” says JP. Also on the window are depictions of Galileo, Socrates, Plato and Copernicus. “Somebody astutely guessed that Boole, whether he would be acknowledged for it or not, would have the same impact on modern life,” he adds.

We encounter the man himself as we head towards the President’s office – announcing his presence with a swish of his gown, before he recites a sonnet he wrote about the tragedies visited upon his adopted home by the Famine. In an entertaining monologue, Boole brings us along on his remarkable journey to Queen’s College, Cork (as UCC was then called).

Once Boole takes his leave, we tread our way to the Honan Chapel, which features 19 stunning stained glass windows, 11 by Harry Clarke and the others by Sarah Purser.

Next we head for the North Wing and the Graduates’ Association Room, where Queen Victoria sits serenely next to her statue, sipping a cup of tea. After admonishing us for our failure to curtsey and bow, she welcomes us to “Queen’s College – my college”. Victoria gives us an account of her first visit to Cork during which she passed the college established in her name, where she saw the statue being erected in her honour. However, she did not leave her carriage due to an outbreak of cholera. She tells us of how the statue was (much later) moved to the Tyndall Institute when “my great-great-granddaughter Elizabeth came to visit”, before we are imperiously dismissed.

"You don’t need to have studied at UCC to appreciate its story and that of one of its most influential professors."

We encounter George Boole once again in the Crawford Observatory, where we hear more of his life story and his sad and premature demise. But we end on a hopeful and happy note, however, with George declaring: “All modern conveniences and electronic devices . . . telephones, GPS systems, television, computers, laptops, iPads, they all draw their origins from my work, and for that you are most welcome.”

It turns out I owe a lot to George Boole, and also to the tour, as I learn more about the history of the college in 70 minutes than I did in three years studying there. You don’t need to have studied at UCC to appreciate its story and that of one of its most influential professors. The tour is for anyone who is curious about the past – and the man who helped sow the seeds of our future. Just don’t forget to practise your bow and curtsey.

How It All Adds Up

Bringing the past to life with a theatrical flourish on the Boole tour are UCC students Aisling Reardon and Conor Dwyer, who are two of four students who fill the roles of Queen Victoria and George Boole. They are both students on the Drama and Theatre Studies Course and did extensive research to get an understanding of their characters.

"When he is talking about his achievements, he gets proud, so I put my hands on my lapels and I stand taller."

“I read some of the letters she wrote to her loved ones which show what she was really like, loving and happy,” says Aisling. “Before I get into character, I say to myself: ‘pretend you love everyone and you’re really happy’, and then, ‘now, try to keep it all inside’. So it’s like a dual personality, you want to be a certain way but there’s a barrier.”
For Conor Dwyer, getting the voice right was the key to unlocking the all-important role of George Boole.

“The voice greatly affects the physicality and stance. I also thought about the monologues and which parts he would care more about. For instance, when he is talking about his achievements, he gets proud, so I put my hands on my lapels and I stand taller. When he starts talking about The Laws of Thought, he becomes more animated and leans in. Once I’m in the stance, I’m in the character. I really feel I have an accent down when I can sing in it. I’ll sing a little song to myself in his voice.” 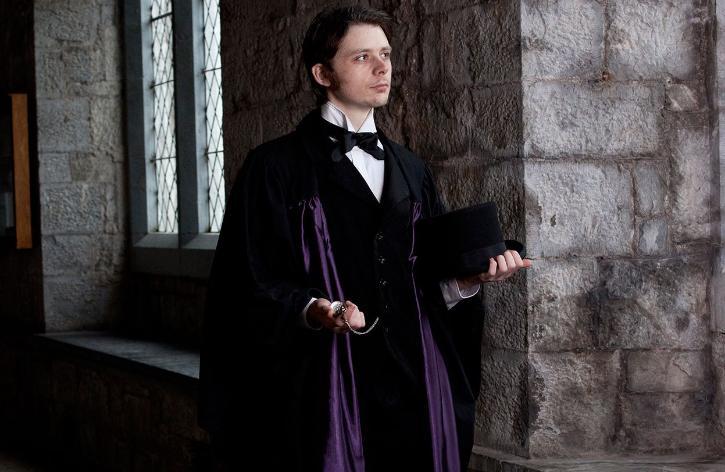 How George and Victoria looked was also an important factor and considerable work went into getting every detail of their costumes right. These were handmade by Jenny Hawkes, who was tireless in her research, visiting libraries and museums and sourcing patterns from the United States.

“A lot of people think of Victoria as a sour and frumpy old lady but at the time of her visit to Cork, she was a young mum who was very much in love with Albert. She was a bit like Kate Middleton today, people were fascinated by what she was wearing. I looked in various books and I watched the film Young Victoria because that featured what her contemporaries were wearing. I spent hours absorbed in contemporary newspaper accounts of her visit in the Local Studies archive at Cork’s Central Library.

“I also went to the Victoria and Albert Museum in London because the fashions were changing quickly and the size of your crinoline and the type of underskirt you wore was important. I also researched the gentlemen’s fashions at the time. I know George Boole wouldn’t have necessarily been a fashionable gentleman – he was a more cerebral individual – but he was middle class by the time he reached Cork.”

Jenny made two outfits for each of the male actors – four waistcoats, four academic gowns, and three shirts and a tie each. For Queen Victoria, she made two gowns plus accessories. She was also responsible for making all the mini-graduation gowns (over 150 of them) that are worn by school children on the college tour.
Jenny, who is in much demand for her sewing skills, enjoyed doing something different. “It was a nice change, and I’m always up for a challenge.”

Tour times: Monday to Friday
at 3pm, and Saturday at 12pm
(duration 70 minutes) starting
at the Visitors’ Centre, UCC.