The Booles and the Hintons: two dynasties that helped shape the modern world.

In 1983, Gerry Kennedy set off on a journey from Russia to the USA, via China and Japan, to visit others involved in the global peace movement. Twenty years later he discovered that he had followed in the footsteps of two dynasties of radical thinkers and doers to whom he was unknowingly related. 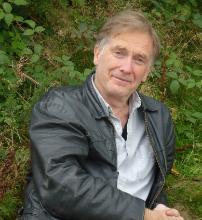 George Boole (1815-1864), the forefather of the digital age, was born in Lincoln, UK. From humble stock, Boole educated himself and supported social reform. In 1854 as the first professor of mathematics at Queen’s College Cork, he wrote the seminal mathematical work The Laws of Thought which a century later instructed the digital revolution.

James Hinton was a London ear surgeon and eccentric philosopher who shockingly advocated the idea that polygamy could be a cure for prostitution.

George Boole married Mary Everest, the niece of George Everest, surveyor of the eponymous mountain. Mary pioneered the idea of child-centred, ‘hands-on’ education. The Boole’s five daughters, despite their poverty, all shone in a variety of fields: ophthalmology, geometry, chemistry and poetry. After visiting Russia, Ethel, the youngest, wrote a famous revolutionary novel The Gadfly in 1897, later to be revered in the communist world. Ethel married Wilfrid Voynich, the discoverer in 1912 of the Voynich Manuscript, a mysterious tome still undecoded today.

The Booles and the Hintons united when Mary Ellen Boole in 1880 married James Hinton’s son, Charles Howard Hinton. Until his death in 1907 he was the leading exponent of the esoteric realm of the fourth dimension and the designer of a gunpowder-fired baseball pitcher. In 1887, however, his bigamy led to his exile to Japan, later establishing the Hinton dynasty in the USA.

Of their descendants, Sebastian Hinton achieved fame as the inventor of the playground Jungle Gym. Carmelita Hinton, his wife, also pioneered progressive education at her famous school in Putney, Vermont. Their children eventually dedicated themselves to Mao’s China. Joan, a scientist who worked on the atomic bomb, defected there following its use at Hiroshima in 1945. Later in 1966 she moved to Beijing to engage in the Cultural Revolution. Her brother, William, a witness to the rural upheaval in China in 1947, subsequently published the highly influential documentary Fanshen.

Other members of the clan became renowned in science. Sir Geoffrey Taylor became a leading expert in fluid dynamics. Another Hinton, Howard Everest, attained prominence in the world of entomology whilst a Mexican branch of mineralogists became rare plant collectors.

In The Booles and the Hintons the author, Gerry Kennedy embarks on a quest to reveal the stories behind their remarkable lives and connect them, via his diaries, to his own travels in 1983.

You can order The Booles and the Hintons from Cork University Press, €29.95 (rrp)